The shareholders of MÜLLER Umwelttechnik GmbH & Co. KG have appointed Jens Elkenkamp as authorised representative of the company with effect from 9th April 2019.

Jens Elkenkamp initially completed his apprenticeship as a construction mechanic at MÜLLER Umwelttechnik. He then studied mechanical engineering at the OWL university in Lemgo and subsequently wrote his diploma thesis at CLAAS in Harsewinkel. Following this, Mr. Elkenkamp became a designer for self-propelled harvesting machines at the KLEINE Agrartechnik company in Salzkotten, where he later became project manager for beet-loading machines. He then took up the position of technical manager at MÜLLER Umwelttechnik and subsequently furthered his career by moving to IWN in Bielefeld, where he later became authorised representative and member of the management board with responsibility for the worldwide R&D and sales functions. During this time he supervised projects for example with BOSCH, Volkswagen, Daimler, MAN Trucks & Buses and Porsche.

Dipl.-Ing. Jens Elkenkamp has been working as Production Manager for MÜLLER Umwelttechnik since 1st October 2015. The responsibilities of the 47-year-old graduated mechanical engineer include heading up the Production Technology and Processes division. "By appointing Jens Elkenkamp as authorised representative of the company, the shareholders empower his high level of expertise and leadership quality as well as the importance of the tasks relating to the further development of MÜLLER Umwelttechnik GmbH & Co. KG. We expressly place our trust in him," said the managing partners Volkwin Müller and Dipl.-Wirt.-Ing. Wolfgang G. Müller. The power of representation authorises Jens Elkenkamp to carry out, jointly with another authorised signatory or managing partner, all forms of judicial and extrajudicial transactions and legal acts. 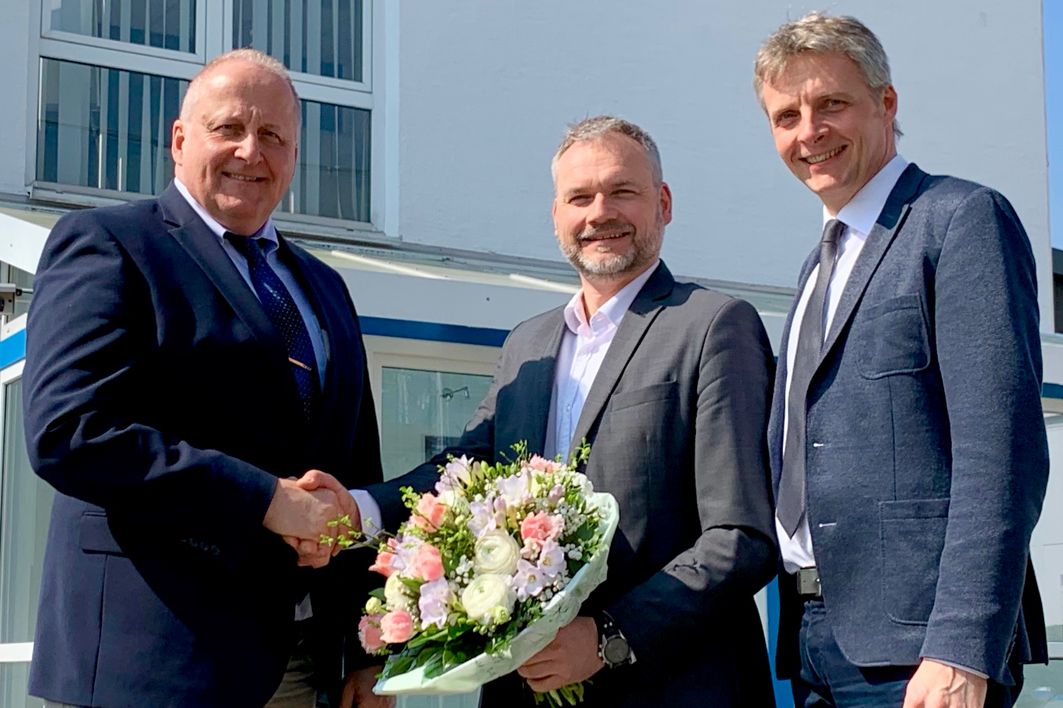