The Gaza Strip is a coastal area on the eastern Mediterranean between Israel and Egypt with Gaza City as its centre. Internally, it is formally under the administration of the Palestinian Authority, in effect the State of Palestine.

The Gaza Strip, like the whole of the Palestinian Mediterranean coast, consists mainly of sand and dunes. In the south, the strip borders on Egyptian Sinai, in the north and east on Israel. The Mediterranean to the west of the Gaza Strip is controlled by Israel. The land border is marked out by a barrier in the form of a fence.

At the beginning of 2014, the MÜLLER team successfully participated in a tender for three vehicles. In March 2014 our staff member responsible for export, Roberto Uceda, flew to Ramallah, a city in the Palestinian West Bank Territory, to sign the order that had been received and which was being funded by the Federal Republic of Germany. Shortly after the MÜLLER team had celebrated this first order from Palestine, the murder of three Israeli youths and the alleged revenge murder of a Palestinian boy took place in July 2014. This in turn triggered a renewed escalation in this area where riots are not uncommon. Israel launched a ground offensive in parallel to the ongoing rocket fire between Israel and Gaza. Several thousand people were killed. In August 2017, according to Wikipedia, 7 out of 10 people in the Gaza Strip were dependent on humanitarian aid from abroad, and youth unemployment was around 60%.

When hostilities commenced, the MÜLLER team, along with their responsible contact persons in the Gaza Strip, had to decide whether the planned delivery of the vehicles was at all possible, or whether the construction of the MÜLLER vehicles in Schwalenberg should be stopped. Following intensive consideration, the MÜLLER management decided to press on and complete the production of the three vehicles, comprising a CANALMASTER F 100 K combined suction and flushing vehicle and two VACUMASTER F 100 K vacuum vehicles. In each case, the MÜLLER assembly was mounted on an Iveco Trakker chassis.

Due to ongoing substantial military conflicts in the Gaza Strip after order completion, MÜLLER had to put the three utility vehicles into temporary storage. However, they were finally shipped during July 2016 on the Grimaldi Antwerp shipping company’s ship "Gran Bretagna".

The ship departed from Antwerp with the vehicles on 02.07.2016. The transport was routed via Southampton/England to Valencia/Spain, Salerno/Italy, Piraeus/Greece, Izmir/Turkey and Limassol/Cyprus to Ashdod/Israel, where the vehicles were unloaded on 18.07.2016. Import procedures were completed on arrival at the port of Ashdod, after which the vehicles were transported on flatbed trucks to Gaza City for storage, where they awaited the briefing of the “CMWU" (Coastal Municipalities Water Utility), the actual recipient and operator of the vehicles.

It was not until February 2018 that our briefing team, consisting of the Arabic speaker Mohammed Abdel Rahim (actually head of materials management at MÜLLER) and Wilfried Roebers, a well-known instructor in the sector for many years, was able to make its way to the Gaza Strip. After a four-hour flight from Germany to Israel followed by a five-hour entry procedure at Tel Aviv airport, the MÜLLER team was able to check in at the hotel in Ashkelon. Mohammed Rahim and Wilfried Roebers finally arrived in Gaza City on 12 February.

They found the whole of the Gaza Strip to be under military and police control. Optically, the area surrounding their destination, which was located outside the city, clearly resembled a war zone with houses and streets in ruins. The people were largely impoverished and animals were often the only means of transport.

Having arrived in the Gaza Strip, the MÜLLER team first of all carried out several months of checks on the vehicles, fixing minor problems and undertaking the final briefing and commissioning with eight Palestinian drivers. All the drivers had a good basic knowledge of sewer cleaning and were very motivated. During the briefing, regular shooting and bomb explosions in the distance were an irritating side effect, as were the regular appearance of drones flying overhead.

After a successful briefing and the customer’s acceptance of the vehicles, the MÜLLER team once again had to undergo an intensive departure procedure before finally reaching the safety of German soil on 16 February. The MÜLLER team is proud of this successful adventure and very relieved that our employees can resume their duties at the Schwalenberg plant.

In August 2018, militant Palestinians declared the termination of violence in Gaza after substantial international and regional mediation following renewed Israeli rocket attacks in response to shelling from the Gaza Strip. 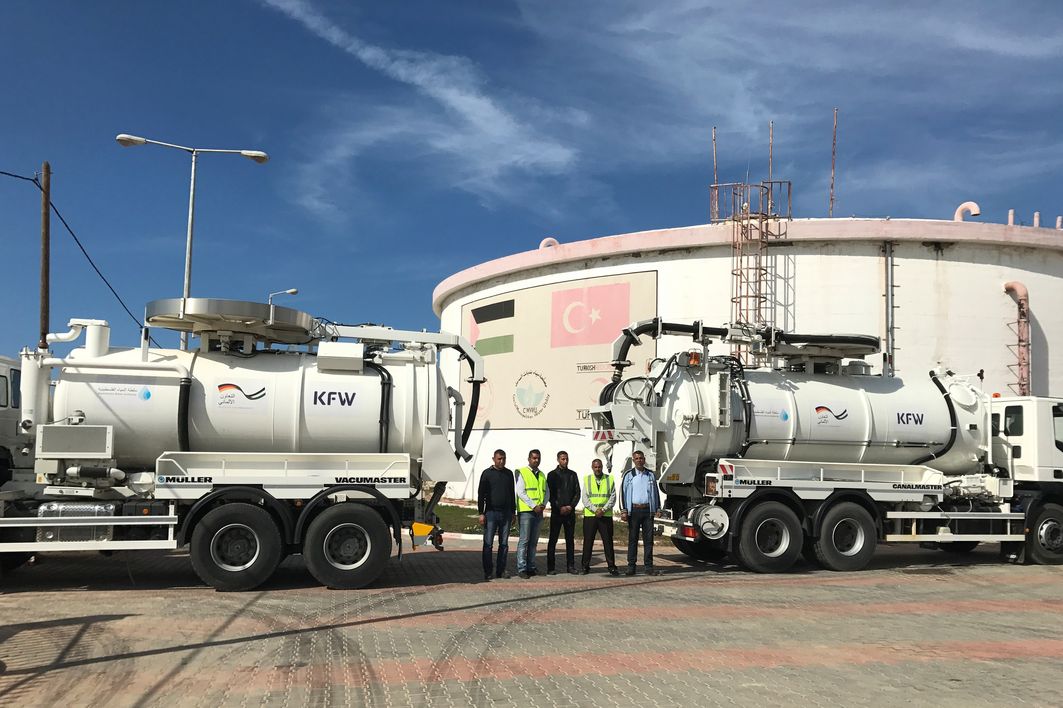 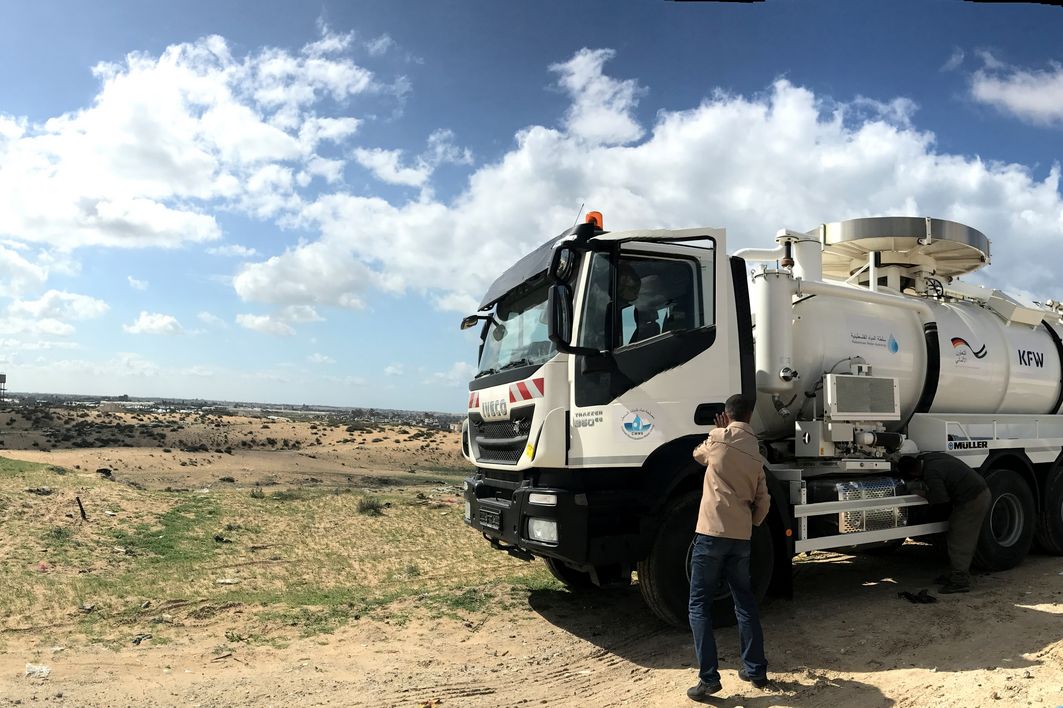 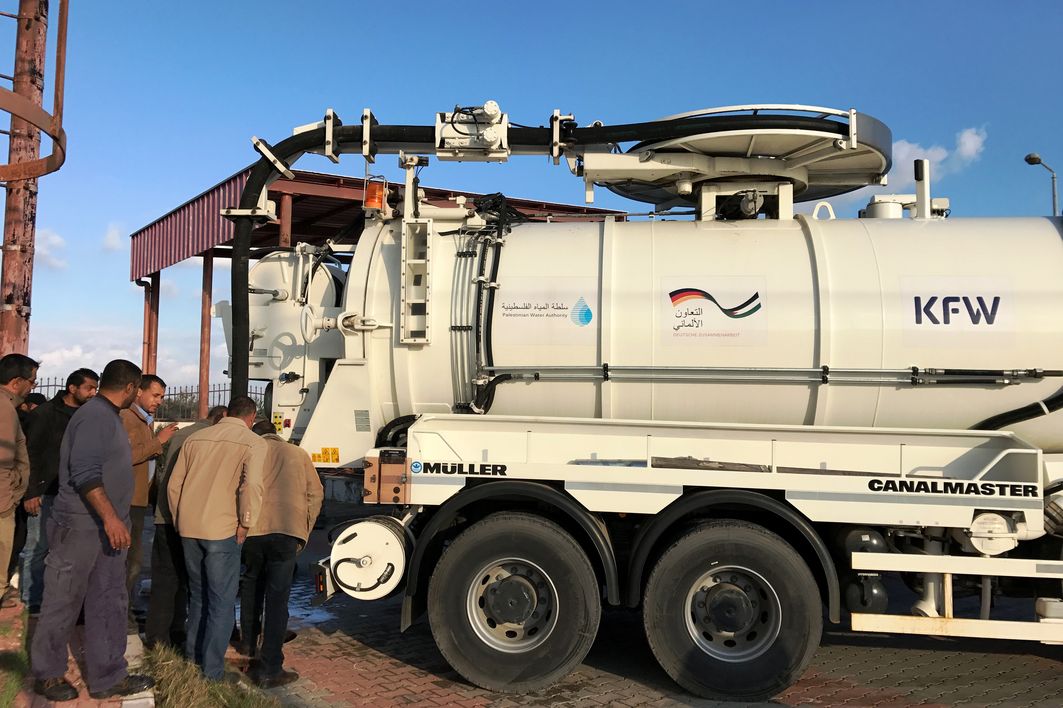 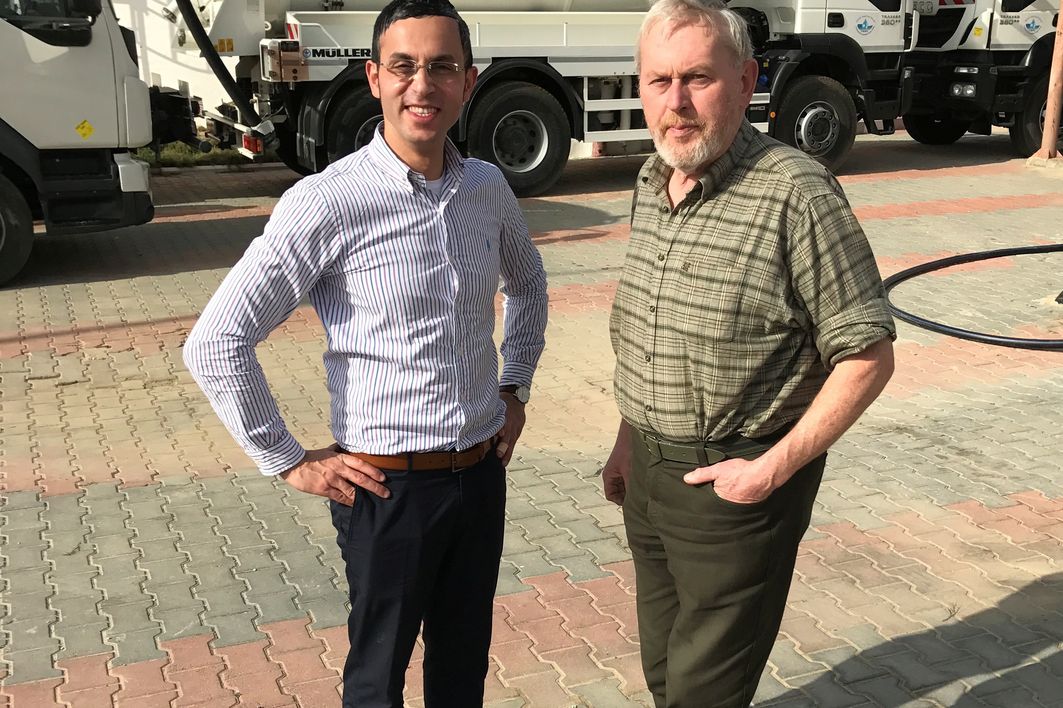