An entire industry is in mourning at the loss of Wolfgang Müller sen., a respected individual and an accomplished businessman.

He was an enthusiastic yachtsman, a passionate pilot, an excellent accordion player and, not least, a successful entrepreneur. Wolfgang Müller sen., long-standing managing director of MÜLLER Umwelttechnik GmbH & Co. KG / Schwalenberg, passed away on Monday 21 August 2017 after a brief serious illness. He was 76 years old. His loss leaves a void both in his family and in the industry that he represented.

Wolfgang Müller was born on 10 October 1940 in Rostock. He and his family fled from the Red Army in 1945 to Schwalenberg, where his father Julius had been born. It is here that Julius founded the original Kanal-Müller company after the war in 1951. In the 1960s Wolfgang Müller joined the company and, from 1970 onwards, he became managing director of the production division. His brother Hans took charge of the service division at a later date. Although Wolfgang’s father, Julius, was the pioneer who had founded the company, it was his son Wolfgang who turned it into an international industrial enterprise. The family business was his life’s work and his life’s purpose.

From the mid-seventies onwards the company began exporting its products very successfully to Saudi Arabia and Turkey. MÜLLER Umwelttechnik, as the company was renamed in 1985, evolved into the German market leader for liquid waste disposal vehicles. The management adopted a wise business strategy that allowed the company to expand and move forward effectively. In the late 80s, the company merged with FAUN Umwelttechnik to enable it to meet the requirements of progressive globalisation. When FAUN was taken over by the Kirchhoff Group, the two companies decided for strategic reasons to part ways, and the Müller family bought back all the MÜLLER Umwelttechnik shares. In 1999, Dr. Volkwin Müller and Wolfgang G. Müller (Dipl. Business Engineer) became the third generation of the family to join the company’s management.

Wolfgang Müller sen. was a successful businessman with a passion for engineering, whose extensive know-how benefited the entire industry, especially the waste disposal service providers and liquid waste disposal vehicle operators. He was involved in the establishment of DIN standards and became a member of various ATV committees. He was President and subsequently Chairman of the VAK Association’s Liquid Waste Disposal /Sewer Cleaning Systems Working Committee, and his efforts to sustainably improve the safety of pneumatic discharge equipment on suction and jetting vehicles will never be forgotten. Nor will his training documents for professional sewer cleaning, which were based on physical and mathematical insights.

He was a long-standing member of the VDRK Association’s executive committee, and in this function he made a significant contribution to the creation of the occupational profile of the sewer, pipe and industrial service engineer. During his active career, Wolfgang Müller spent many years as a member of various committees of the Federation of German Waste, Water and Raw Materials Management (BDE), provided courses for skilled employees at Deula Rheinland GmbH and, over the decades, he also gave countless specialist presentations.

As a member of the VDRK’s Advisory Committee II, Wolfgang Müller published a practical managerial accounting system for sewer and pipe cleaning in the form of a professional brochure which private-sector waste disposal companies could use for guidance in their costing of waste disposal services. The text book, “Reinigung von Abwasserkanälen durch Hochdruckspülung” (The Use of High Pressure Jets for Sewer Cleaning Applications), which was part of a series of publications by the IRO Institute for Pipeline Construction at the Oldenburg University of Applied Science, was written with substantial specialist input from Wolfgang Müller. The municipal utility sector has now lost a very special individual.

During his time as President of the Detmold-Blomberg Rotary Club, Wolfgang initiated the project “Basic and Advanced Training in Environmental Protection and Water Pollution Prevention for Young Talents” for Polish students. Every year for more than two decades, Polish students have been travelling to Germany for this specialist course.

Wolfgang Müller was also a very special person outside the world of business. He enjoyed playing the accordion for almost seventy years, entertaining guests at company celebrations or family parties for hours on end. His many passions included flying, yachting, sport and research into the Battle of Varus. He was also involved in the traditional guild and the civic trust in his home town.

Everyone who knew Wolfgang Müller describes him as an unpretentious man with a warm heart and a sunny disposition. He never did anything by halves. Wolfgang Müller was present at his company right up to the end and he made his morning rounds every single day. He believed it was important to provide good training to young people to secure the company’s future. He organised the training at MÜLLER Umwelttechnik by creating his own training documents to remedy the deficits of school education and to provide his apprentices with a solid technical foundation. He was also a keen supporter of youth education projects outside work through his involvement in the Lippe Business Network’s School to Improve the Training Situation in South-East Lippe.

Wolfgang Müller leaves a wife, four grown-up children and eight grandchildren. Several hundred people from Schwalenberg, from elsewhere in Germany and abroad attended the funeral in Schwalenberg on 26 August 2017 and paid their respects in a final tribute to Wolfgang Müller. 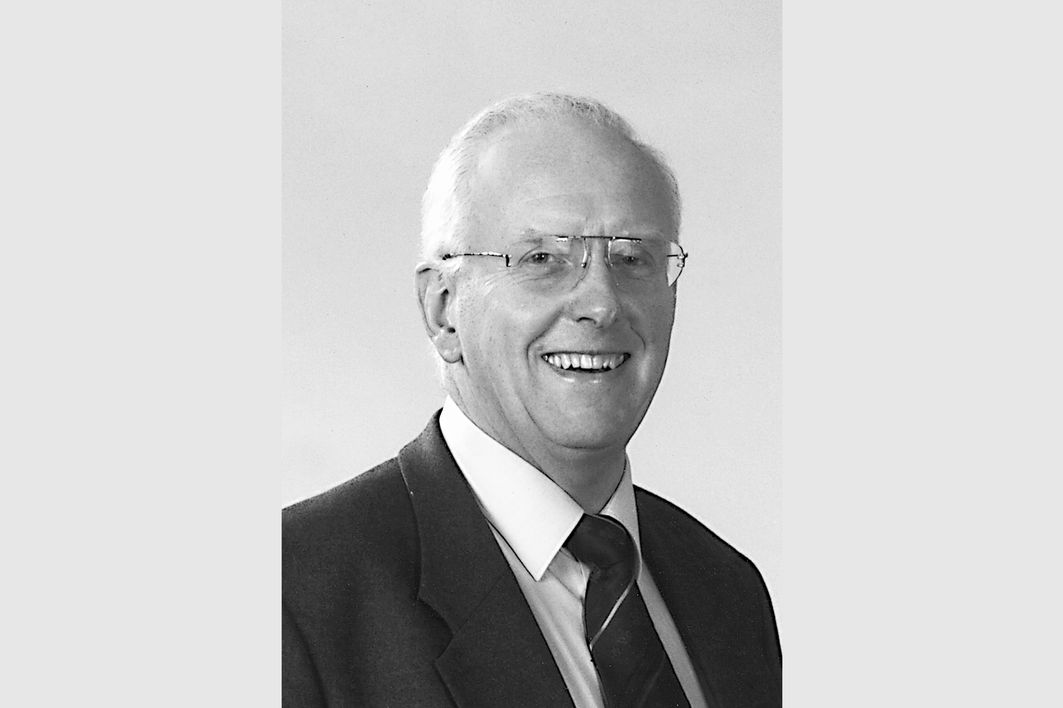